The Physicians Insurance defense team is proud to announce that a Washington jury rejected a $2.7 million claim against one of its policyholders. The case centered around a patient’s allegation that a damaged ureter during a hysterectomy (a known risk of the procedure) was caused by improper surgical technique. Physicians Insurance assembled a legal team to vigorously defend our client—a physician with over 30 years in practice—and prove that the standard of care was met. They engaged with two deeply credentialed experts (an ob-gyn and a urologist) to refute the plaintiff’s claim.

A post-trial interview with jury members revealed just how effective the Physicians Insurance case was. The jury appreciated the focus on informing them of the facts and medical details of the case, as well as the “calm” tone our attorneys took with the witness, especially in contrast to the plaintiff’s more “aggressive” demeanor.

The team knew how crucial it was that the jury understand everything about the procedure—from relevant anatomy to the medical procedure, and from the standard of care to the known risks of the operation. To that end, they employed focus groups to test the understandability of the defense’s case, which helped them tell a succinct and simple story—and that thoroughness made a big impact on the jurors.

The two experts testified extensively that the surgery was indicated, appropriate informed consent was obtained, and the surgery was appropriately performed. It is believed that the damaged ureter was the result of a thermal burn, which in an injury of this nature takes days to declare itself.

The jury related to us that they found the experts both credible and understandable, and that they admired our legal team’s calm and respectful approach. Add all these factors together, and it’s no wonder they were able to confidently return a defense verdict. 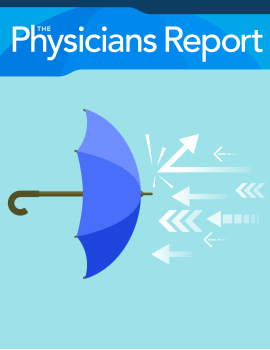 We take on our clients' challenges as our own. That premise is foundational to our purpose and is why, when our member faces a claim, we thoroughly investigate, rigorously defend, and resolve meritorious claims in a timely manner, with all of the resources needed. The following newsletter shares stories and strategies of recent claim successes.